HOW TO ATTRACT (USING THE LAW OF RESONANCE) 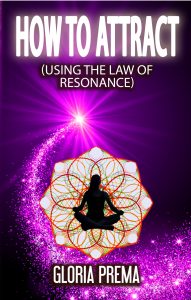 When someone makes a positive affirmation about something they want to create, such as ‘I have all the money I need’ but a little afterthought comes in that says ‘who are you kidding’. This afterthought is the true feeling and is your resonance, and this is creating your reality. In order to change your reality, the resonance has to be changed. This is why positive affirmations to diet or give up smoking often fail, because the subconscious resonance is stronger than the conscious mind. Change has to be made at the subconscious level and methods are described in this book which do this very effectively.

This principle is described in a condensed form in ‘How to be Spiritual – and understand quantum physics at the same time’.

Now in ‘How To Attract’, she focuses on the psychological aspect of this law, demonstrating how, by shifting our resonance, which includes releasing past psychological hurts and traumas, we can mend our subconscious and thereby create a different reality.

– AVAILABLE AT AMAZON ON PAPERBACK AND KINDLE –